Perspectives on Finding and Keeping Employees

Working closely with HR departments and management, our team at Spooner has heard one sentiment echoed across every industry over the last two years: “We just can’t find workers.”

No matter how it’s phrased, everyone means the same thing. Maybe it’s a shortage in their particular trade or industry, they’re not getting enough applicants (or not getting great ones), applicants can’t pass the required pre-employment screens, and the list goes on. A parallel issue to finding the labor is keeping them there – and happy, to boot. If you pay a dollar more on the hour than your competitor, you can get them to show up for an interview. Maybe that sign-on bonus will get them in the door, but what will keep them there? Whether employers are ready to admit it or not, who holds the bargaining power has been turned on its head.

How did we get into this mess?

There was a labor squeeze before the COVID-19 pandemic, especially in transportation and trades. The pandemic likely nudged some decisions on early retirement, but there were already plenty of workers who were on their way out the door. On the surface, this sounds like part of the natural cycle of things, but the issue it presents is two-fold. There aren’t enough young workers to replace retiring Boomers.

CDC statistics show that the U.S. birth rate has dropped 20% in the last 14 years. People are simply choosing to have fewer children, or choosing not to have them. Plus, the generations we’re relying on to replace those retirees aren’t all interested in the traditional workplace, be it blue collar or white collar.  Many of them are doing fine without anyone to sign their checks. Twitch, TikTok, Instagram and other platforms are allowing younger generations to make a good living without reporting to anyone. Artists and creators can flock to Etsy and Patreon. The style mavens can open shops on eBay and Poshmark. If they’re not entertaining or talented, they can still earn with Uber, DoorDash, Postmates, etc. Granted, these don’t come with benefits or a retirement plan – but how many of us were thinking of that in our late teens and 20s?

Some of their peers, however, are still looking to go the traditional route with employment. Another party shouldering the burden (taxes, payroll, insurance, compliance, etc.) is simply more appealing to some people. This is where things start to get complicated. What appealed to prospective employees hired 10+ years ago may not cut it now. To stand out as a desirable employer takes more than good pay, a health plan and a 401(k) now. When is the last time you lost a great candidate to a competitor that offered far less in benefits (and maybe lower pay) – but made up for it in flexibility, opportunity and…culture? Probably more recent than you care to admit.

What is workplace culture, exactly?

“Culture” in this sense refers to multiple elements of a workplace: work environment, leadership styles, ethics, expectations and goals. Each facet holds different weight for each candidate, and candidates aren’t necessarily expecting employers to check every single box. Employers have also started considering whether or not a candidate is a good cultural fit during the interview process and/or probationary period.

After all, the entire landscape of business and employment has changed, so why wouldn’t the employees change along with it? Now It’s become a “what will the market bear,” scenario. If there are companies offering better pay, benefits, and perks – that’s the new benchmark in your industry. If you think you’re offering those things and still losing candidates, you may want to examine things more closely or ask for an outsider’s opinion. Your starting pay may be 15% higher than your competitor, but if your benefits are unaffordable and there’s zero room for growth, you could still lose good current and prospective employees. The Bureau of Labor Statistics reported in June 2022 that there are 0.6 people for every open position in the U.S. There aren’t many ways to spin that math – there are nearly twice as many jobs as there are people to fill them. How will your organization stand out?

It’s not always about the pay scale.

Until 2020, the average wage for industrial workers had been below the cost of living for decades (they’re about even now). A report issued by EmployBridge, called Voice of the Blue Collar Worker shed some light on stats that many employers might not realize. A whopping 73% of workers polled said they would prefer an additional five days of PTO (paid time off) over a $1/hour raise. If you compare the associated costs with each option, the extra PTO is a better deal for all involved. Along with PTO, employees need (and expect) more flexibility. Different studies have shown either pay or work/life balance as the top contenders for what job seekers are looking for. As the demographics skewed younger, work/life balance was more likely to be the #1 deciding factor.

McKinsey & Company have also done some remarkable research on the subject. Many of the stats in their recent research echo the EmployBridge results, but their data was collected from more white-collar, non-industrial workers. Their July 2022 publication highlighted a new top reason that people were quitting: lack of development and advancement opportunities. Not surprisingly, total compensation came in second. The remaining reasons for quitting uncovered some interesting outlooks on overall employee engagement and well-being. Uncaring bosses, lack of support and unrealistic expectations are pushing people out almost as quickly as low pay and little room for growth.

Most people working full time will spend more waking hours at work than with their family, and will work roughly 1/3 of their life. So, you can see why it’s vital that employees actually like being part of your organization. Treat your employees in a way that doesn’t allow their mind to wander, contemplating if the grass is greener on the other side. Even your employees who aren’t actively looking might be getting approached with unsolicited offers.

Start by improving your job postings.

Some employers are struggling with finding the needle in the haystack of a qualified applicant – but some aren’t getting many responses at all. If that’s the case for your organization, here are some things you may want to consider tweaking in your postings:

Employees are quitting (both quietly and loudly) in numbers never before seen, and most companies are using the same old methods to attract new workers. It doesn’t matter if you refer to the employee side of it as the Great Resignation, Attrition, or Renegotiation. Just make sure your business is on board for the Great Reevaluation when it comes to how you look at hiring practices and evaluating employee satisfaction. 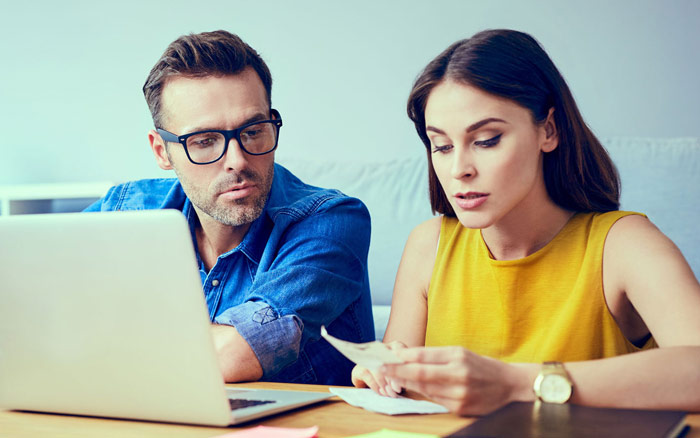